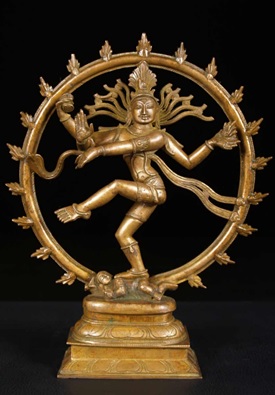 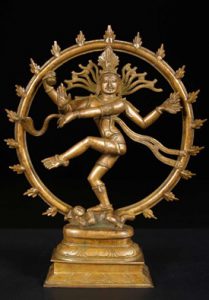 31st October is itself a very special day for India as on this day we celebrate the birth anniversary of Sardar Vallabhbhai Patel as Rashtriya Ekta Diwas (National Unity Day).

The program was held in auditorium, which was filled with the crowd of faculty members as well as students. The program started with a welcome speech by Mr. Rama Krishna Panda, B.Tech IV year student, who spoke about the importance of Rashtriya Ekta Diwas and why it is celebrated. An oath was taken by all of us present in the auditorium in which we promised that we will not discriminate anyone on any basics.

The inauguration lamp was lit by NU president, Prof. V.S. Rao. The 1st episode of Decoding the Indian classicals was based on decoding Bharatanatyam dance form. It was presented by Aishi Bhattacharya, IMBA-I student, who is trained in Bharatanatyam, the richest dance from of India. She first told us about the God of dance ‘Nataraja’, Nata means ‘dance’ and raja means ‘king’ therefore Nataraja means the king of dance. Nataraja dances in a circular form which symbolises the circle of life. She also explained the significance of the famous Apasmara figure of Nataraja thereby giving interesting information to the audience.

During the program the audience were informed about many interesting things about Bharatanatyam like it is an Indian classical dance that originated in Tamil Nadu. Traditionally, it has been a solo dance that is being performed exclusively by women, and it expresses religious themes and spiritual ideas. Its style is noted for its fixed upper torso, legs bent or knees flexed out combined with spectacular footwork, it is a sign language based on gestures of hands, eyes and face muscles. The dance is accompanied by music and a singer, typically a guru is present as the director and conductor of the performance and art.

While the British colonial government enforced laws to suppress Bharatanatyam and all Hindu temple dances, some dancers from west alone with the American dancer Esther Sherman moved to India in 1930, learnt Indian classical dances, changed her name to Ragini Devi, and joined the movement to save and revive Bharatanatyam and other ancient dance arts.

After brief information about Bharatanatyam, Aishi displayed some of the Asamuyta Hasta (single hand) and Samuta Hasta (double hand) Bharatanatyam mudras and told the significances of it.

The attire of Bharatanatyam dancer resembles that of a bride in Tamil Nadu. All major dance forms follow three major categories of performances:

Dance is the language of soul, and to showcase the moves of Bharatanatyam, Aishi performed a sequence on classical as well as western beats. She ended the episode with a graceful Bharatanatyam dance, in which her facial expressions were very expressive with beautiful hand mudras.

Mr. Rama Krishna made the ending more beautiful with a line that represents the versatility of our college, he said that ‘a south Indian dance form was performed by a Bengali girl Aishi from East in Rajasthan, at the west side of the country and the audience were a group of students from all over India’. In my view this is the true Rashtriya Ekta. India itself defines – BE TOGETHER, STAY TOGETHER, GROW TOGETHER.

After the 1st episode of decoding the Indian classicals, Mr. Nitin Bhatia, faculty member, apprised the audience about the Unnat Bharat Abhiyan, which is inspired by the vision of transformational change in rural development processes by leveraging knowledge institutions to help build the architecture of the rural India. He also gave an open opportunity to the students to join it as our university is also a part of Unnat Bharat Abhiyan.

The program was concluded by Maj. Gen. A. K. Singh (Retd.), Chief Operations Officer & Dean Student Affairs. He congratulated the students for organizing such a beautiful program and appreciated the audience for understanding the importance and showing up for the programme.