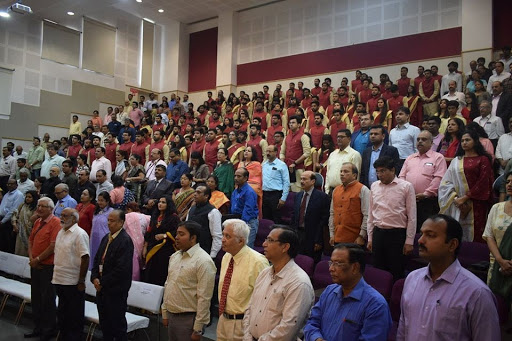 NU organized its 9th Convocation on October 19, 2019, honored by the Chief Guest Prof. K.Vijay Raghavan, Principal Scientific Adviser to the Government of India. The event started with Light Lamping and Saraswati Vandana which was followed by an opening address by Mr. Rajendra S Pawar, Founder, NIIT University.

There were a total of 291 graduating students in the class of 2019 out of which 225 were from Btech, 5 from Mtech, 47 from MBA, 9 from Post Graduate Diploma in Banking and Finance and 5 PhD graduates.

Position holders were awarded the Dr.Karan Singh gold medal for their accomplishment-

The ceremony was followed by an oath led by Rishav Kumar Kandoi.

The event ended with the National Anthem as the President, Prof. V S Rao announced the convocation closed.