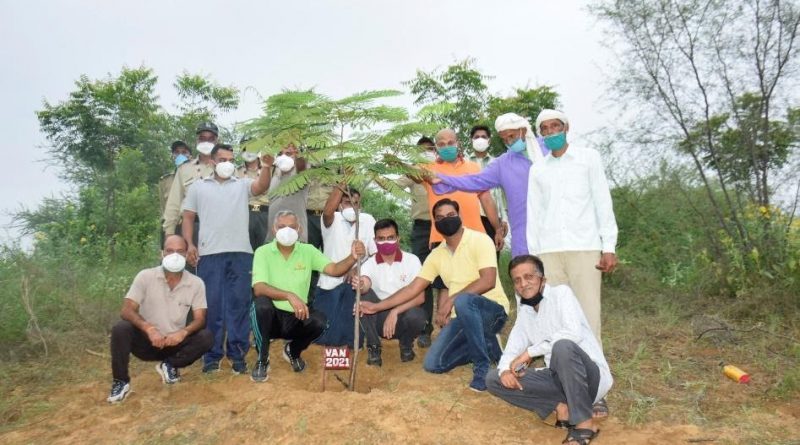 On 28 July 2021, ‘Van Mahotsav 2021’ was organized on NIIT University Campus. Though lacking the usual fanfare and connection with the local community and administration, various faculty members and staff present on campus joined their hands in planting one tree jointly opposite the Northeast Point at 06:30 AM. Afterward, saplings’ planting took palace on the Barren, western slope of Kali Pahadi.

Through acts like these, an effort was made to vegetate the barren patch which was left unattended so far. Initially, 60 plants were planted under Van Mahotsav 2020 out of which 50% of the plants survived, despite any permanent water arrangement. Adopting methods like the ‘Trenching’ method, they have been able to capture water through the minimal rainfalls that take place during the year. The survival rate of 50% encouraged them into continuing with the initiative.

A collaborative effort from various faculty and staff helped in planting the saplings. Simultaneously, they also placed many seeds of local species in hopes of encouraging the local flora to grow quickly and easily into trees. Later during the day, students, faculty, and parents from Senior Government Secondary School Jhalawas (Support School) joined hands in planting saplings around the school premises and the ground, some of which were donated from NU Nursery.