NIIT University witnessed a three-day roller coaster ride over a span of three years, as Ingenuity’22 took place from April 22, 2022, to April 24, 2022, with ‘Jekyll and Hyde’ as the main theme. The attraction included a variety of paintings and lighting done by the volunteers and organizing team that blew away everyone’s mind. 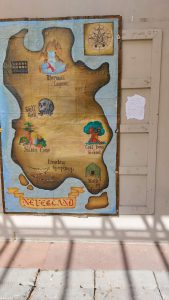 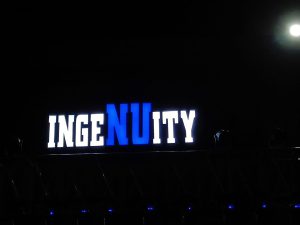 The event started with a bang, with an array of performances that took the audience’s breath away in the opening ceremony. The top brands of the different universities had a hard-fought battle to claim the title of the ‘Best Band’. Following the battle, the maestro himself, Yash Rathi, stand-up comedian, was up on stage to bring out a lighthearted session. Later, taking everyone on a musical journey like no other, ‘Rangreza’ was there to fill the soul with their soothing voice. To end the first day on a high note, a woman of all trades, wrapping up the night with her mix of music, was DJ Muneca.

Enjoying the thoughts and musings of altruistic artists, ‘Street play’ pumped up the energy to kick start day-2 of the event. Next was the ‘Monologue’, taking everyone by surprise with a variety of topics brought up by different students of various participating universities. Busting out the best moves, ‘Flash Mob’ was a very exciting and finely coordinated act. Later, the trendsetters of NU’s fashion club Prism put together some glamorous looks in the ‘W Walk’. The ‘Fashion Show’ was where trends met confidence to showcase talent with style. Next was a performance by Magical Dheeraj, who delighted the audience with his modern tricks, distinguishing it from the typical magic show. The night ended with DJ SuitUp and DJ Edge who made the audience groove and explore a new side of theirs. 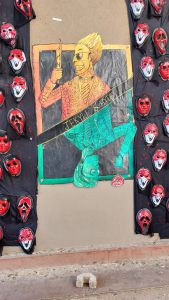 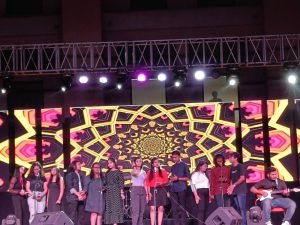 The start for the final day, with syncing melodies and coordinated notes being the perfect combination, was ‘Group Singing’. This was followed by ‘Solo Singing’, ‘Solo Dancing’, ‘Duet Dancing’, and ‘Group Dancing’, displaying a series of brilliant performances, guaranteeing the skill level in cultural activities is up to the sky and above. ‘Kavishaala’ then took to the stage, delving into the worlds created by the poets through their words, mesmerizing everyone. Joining the party with his electrifying music ‘DJ Anyme’ got everyone to come up and show off their moves. For the closing ceremony, the team that made everything possible came together on the stage to show their gratitude towards the participating universities and our own students who kept the spirit high. In the end, the main motto of expression of cultural brilliance was displayed by DJ Ravatar. 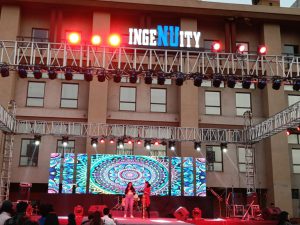 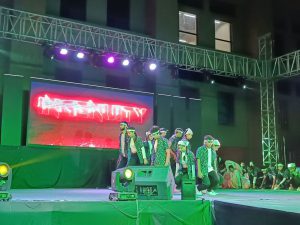 Just as every good thing has to come to an end, this event did as well. However, it didn’t just give us a big folder in our gallery or a reason to hunt our cupboards for the perfect outfit, but also tears of joy, celebrating friendship and togetherness as the youth of the nation.