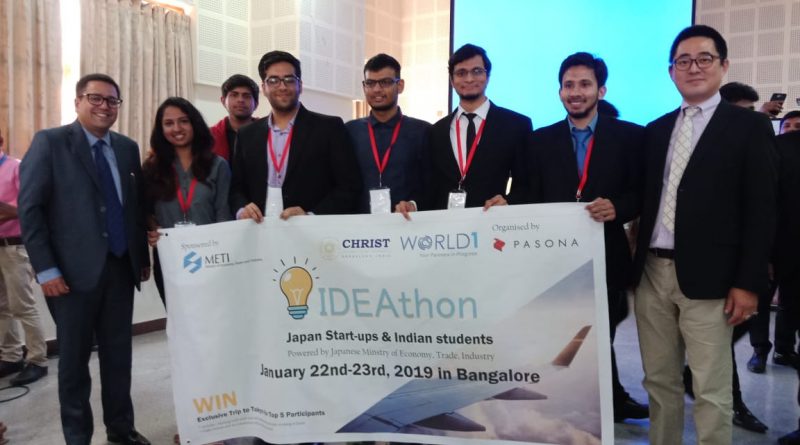 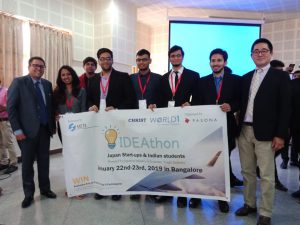 Harshit Budhraja along with his team that was randomly made on the spot bagged the runners-up position at the National Finale of International IDEAthon for Japan Startups and Indian Students which was held in Bangalore on 22nd – 23rd January, 2019. This Ideathon was organised collaboratively by Government of Japan (Ministry of Economic, Trade and Industry) and Pasona India Pvt. Ltd. and took place in the Koramangala campus of Christ University, Bangalore. It was a two-day event where over 5 top startups from Japan visited India along with the Chief Advisor from METI, Govt. of Japan and worked together with the finalists to bring out solutions to their problems and hurdles in terms of expansion in countries like India, US, Australia and Canada, political oppressions in various up-fronts, technological drawbacks etc. with the belief that where people in Japan regard hardwork as the way towards success, they’d want to learn the art of “Jugaad” (smart-work; which Indians are pretty good at, and there is absolutely nothing wrong with it as long as it turns out to be ethical and moral and doesn’t harm in the long run) from the top innovative minds in India.