Warning: "continue" targeting switch is equivalent to "break". Did you mean to use "continue 2"? in C:\inetpub\wwwroot\wordpress\wp-content\plugins\siteorigin-panels\inc\styles-admin.php on line 392
 National Education Policy 2020 – Article by Mr. Rajendra S. Pawar – aNUkriti 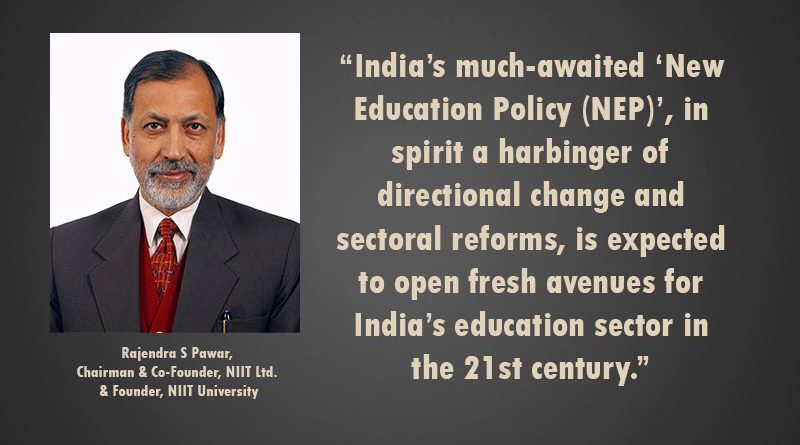 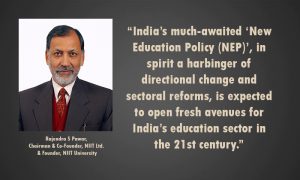 Union Cabinet, on 29th July 2020, approved the National Education Policy 2020. The new policy promises major changes in the education sector of the country. Mr Rajendra S Pawar, Chairman NIIT and Founder of NIIT University shared his thoughts on the new policy in the editorial published in Economic Times. According to him, even if the Government of India does nothing else but, as promised, allocates 6% of the GDP to education, the policy would be transformational. He noted that one of the major problems with higher education in India is the lack of good teachers. This can be solved with liberal budgets towards education. He further wrote about how the new policy is beneficial for research as research requires deep pockets.

He highlighted three major reforms brought by the new policy. The first reform is ‘Holistic and Multidisciplinary Undergraduate Education’. The second reform talks about the Government of India  acknowledging the role of technology in education and its impact in making education more efficient and better. The third reform focuses on both institutional and faculty fronts. He praised the new policy by saying how the new policy has all the ingredients that can make it a potent elixir for higher education.

Mr Rajendra Pawar concluded saying, the only requirement now is a well planned execution. He noted that a well thought-out implementation would make the National Education Policy work and take it to fruition.