NASA confirms that the dent in the EARTHS PROTECTIVE SHIELD is being broken into TWO parts: [ this news was on BUISNESS INSIDER INDIA] 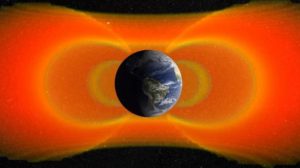 A global team of Scientists led by the IUCAA [ Inter University Center for Astronomy and Astrophysics ]  had discovered one of the earliest galaxies in extreme ultraviolet light.

The discovery was made by an international team of astronauts led by Dr Kanak Saha. [ It was published on August 24 by Nature Astronomy ]

The Japanese scientist had found radiation resistant bacteria that can survive about 3 years in an exposed orbit. This suggests that simple life forms could manage the long journey in between Earth and Mars unprotected.

The Japanese scientists behind the research said the finding lends credence so called “panspermia theory” which posts that microbes can travel the planets seeding the life of survival.[ this is taken from the news18.com website]

1) All these information’s were taken from the google news.

2) the image is from google image.