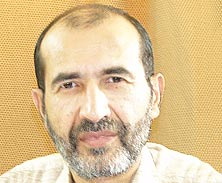 On 26th February 2019, Prof. Arya Kumar interacted with NUtons about future involving and technology-driven entrepreneurship. The opening of the talk involved the spreading out of the standard procedures and targets in entrepreneurship. He clarified that the talk was intended to be fundamentally a discussion among the members with few contributions from gathering of people – a discussion, not to settle on a hypothesis of business enterprise, however to decide some critical look into inquiries in endeavoring to comprehend business enterprise, which he characterized as the sources of new financial action. The accompanying five issues have been distinguished as unmistakable nevertheless, interlaced strings that wove together the day’s discourses on a wide assortment of subjects including business enterprise:

He additionally talked about the positive estimation of what may at first be considered negative characteristics, for example, pomposity and obliviousness, for business people’s choices to seek after a chance. It was proposed that maybe the very predispositions and obliviousness lead to the ideal goal of expanding the section, differing sorts of passage, driving at last to the formation of progressively beneficial new organizations.

In the end, few explicit research questions were raised over the span of talk isolated into three hours and a half sessions amid that day. The eminent speaker cleared the queries and conveyed his very own extraordinary viewpoints to the table andin this way, the organization of the workshop remained genuinely conversational.