TEDx NIIT University was organized by Sanya Kapoor and Shaurya Srivastava at NIIT University on 24th February 2019. The event had amazing and mesmerizing talks that captivated the audience.

Following were the speakers whose presence and immense knowledge honored the occasion:

1.Papa CJ: He is a world-renowned stand-up comedian, known for his good sense of humor. He highlighted the importance of context, content, and delivery while communicating with a person. He taught the importance of three things that makes a good sense of humor:Context which can only be awarded when you know your audience and you don’t force a joke on them, next comes the Content which is all about how snappy, localized and funnier your joke is in a setup and finally comes the Delivery which is all about authenticity, reliability and at the end it comes to how you leave your audience: the answer to which is “Wanting”.

2.NINO: Nino, a humanoid robot developed indigenously by a Bengaluru-based startup Sirena Technologies,is a machine that is made to revolutionize the education system of India. It’s a technology with a 4.0 version and is equipped with features of artificial intelligence, Internet of Things (IOT), advanced robotics, Machine learning and much more. The robots have been developed to inculcate the creativity of mankind into an idea. The idea of transforming the world in the field of education using robots. The main motive of the organization is to introduce SKIP (Sirena knowledge and information program) in schools to build a healthy and educational ecosystem. 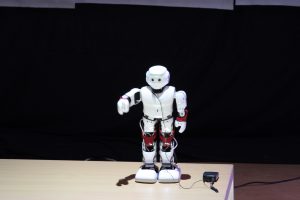 3.Atif Khan: Known for making the lightest drone &patenting it at a very young age, he delivered the importance of drones which can be used for numerous tasks ranging from the army to the entertainment. During his talk, he highlighted the importance of drones in our society and its effects too. The advancement of technology in this field is a great future potential for the entire country and world as a whole. He explained how object detection algorithms work to locate objects by these small drones. 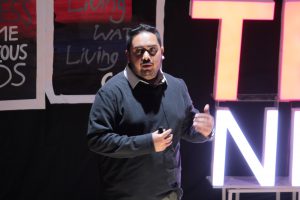 4.Sangeeta Bahl: She is an entrepreneur, an influencer, a humanitarian and also the oldest Indian woman to conquer the highest peak in the world. She spoke about the importance of dedication and perseverance through which she was able to scale those heights. She decided to conquer the seven continents when she went to Kilimanjaro with her husband. She focused more on mountaineering than the summits. With such determination and perseverance, she scaled the fourteen sisters and many more summits with her husband. With every point came teaching that would always accompany her to the next trip. With every challenge came the transformation, where acceptance is what was taught and tested. She highlighted that things are all about what the mind says to you about you and the choices you make around yourself. The importance lies in overcoming such thoughts and enhances the belief that you can scale everything.

5.Lt. Gen. V.K. Bhatia:As a Director General Military Operations,Lt. Gen. Bhatia was responsible for talks with his counterpart in Pakistan to ensure the first sustained ceasefire. During his talk, he guided us with the complete story and conditions in which an army decided to act upon a situation and tried accomplishing it. He discussed the conditions that dwelled during a surgical strike and how the line of control was heavily manned and minced. The responsibility was huge and when it comes to such issues, things get escalatedin the country. He also told how one needs to muster the three rounds of breakdown, no saturation, and fitting in the team for entry into the parachute regiment. 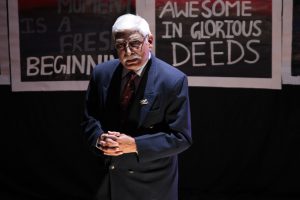 6.Salman Khurshid: A former member of the cabinet, Mr. Salman Khurshid has held office as the Minister of External Affairs and Minister of Law and Justice. The talk focused on the importance of a judgment that’s given by the judge along with all dilemmas faced on account of giving such a judgment to a prisoner. He talked about decision making right that rests with a judge which is of no cost just equal to a yes or a no. It is a chain of some interconnected facts, rights and sometimes intuition too. For Supreme Court, the most difficult conundrum is the death sentence. For a judge, there exist two types of law-Herbert and Hercules which guide them the way to a decision. He focused on the fact that morality and law are not connected. The last question raised was about autonomy as the right to privacy.

7.Nidhi Luria: She is the first female business head of Bharti Airtel Limited. She talked about her startup DwarPe through which she tried to bring a transformation to this world. She even focused on the need for adult education and how it helps to survive the world. She always wanted to make a difference in people’s lives to make them look at the world differently. With DwarPe she made her dream come true. The enterprise was laid on the foundation of services they were offering,which were slightly different from those offered by others in the market. They took the example of Silicon Valley and organized Dwarpe by letting it run by the people working there. She also focused on the importance of the evolution of the brain through brewed consciousness and how important it is to possess emotional intelligence.

8.Richard Rekhy:Richard Rekhy, former CEO of KPMG, focused on the need for managerial skills and the importance of leadership for the betterment of the firm as a whole. He, through his life experiences,enlightened the crowd about the need of a good and generous leader in any community. He spoke about the importance of connecting people without the efforts of social media because building such contact brings a change in a positive way in a firm. He emphasized on how a leader has to have the power to guide the way out of every situation. He talked about the sustainability of a company and how it is all about leadership by quoting the example of Unilever. He left with final words i.e. never forgetting your roots along with humility and gratitude and never to compromise with your ethics

9.Digital Gandhi (Onkar Khullar):Onkar is the founder of I Impact India, an organization that aids NGO’s in effective communication to help fundraising and proper channelization of the funds. Also known as Digital Gandhi, he got the audience excited with all his exercises and amazed them with the power that the word ‘LOVE’ creates. According to him, love is the solution to every problem. The activities pointed to all the seven points he said about love, which were: love has no race, religion, and caste, it is slow, all about being at the moment, being effortless, selfish, all about attachment and is about feelings. He left the audience with one question to think about: Whatever you are doing, are you doing it out of Fear or Love?

It is worth mentioning about 3 artists who left the crowd spellbound with their performances:

2.Sanchit Batra(Sleight Illusionist):  He is a Delhi based magician who is famous for his ‘You choose’ card trick. He enthralled the audience with his amazing and jaw-dropping magic tricks. 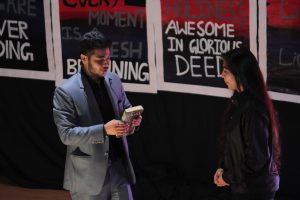 3.Kamal Morya:A dancer, choreographer and an artist, he is an official instructor at Shiamak Victory Arts Foundation. He entertained the crowd with his soft dance moves.