Finally, he was going to stay in the hostel. He was looking forward to staying alone. Freedom at last. A room for him and with no one to share.

Summer solstice! The twitter of the birds woke him up. The day had come. “Hostel life – here I come”, he thought.

A nice room. Simple and yet he was happy. He could arrange it the way he wanted. Each thing in its place. A long day. He went to sleep and nary a time he was in deep slumber.

The years just passed away so quickly. Things changed every now and then. Final year! A decent job, in Bangalore. More freedom! He would be earning!

Nice job. He liked travelling, meeting people. Sales was his cup of tea. Ten days a month he was in the trains, visiting all the nook and corners of Karnataka. Three years and it seemed just like the day he joined.

He did not travel so much now and when he did, he took the flight. With 20 people meeting his targets – daily, monthly, and yearly he felt happy.

She was interesting, intelligent, and he felt relaxed with her around. His parents met her; he met her parents – smooth as the proverbial wet floor.

“Any time this week” – he told his parents. The doctors were happy. The names had been thought out. Had to ask the astrologer, his in-laws, her in-laws, his friends, her friends and even the Bigbasket call centre.

A lovely teeny-weeny cherub of a thing she was. He was proud. The Facebook and Whatsapp were inundated with her photographs. She was five years old. How time flew! The local school all arranged for. All with lot of help of course from friends. A change of house to accommodate the new school child.

The unforgiving wheel of destiny was still unforgiving. School bags, PTA, uniforms, school annual days, the school picnic – not to mention the tennis court and the painting class. He caught up with her over weekends and holidays. Vacation was restricted to school holidays. 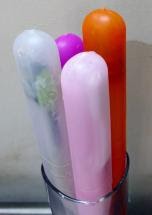 “Should I worry about sibling rivalry?” – he asked the counselor. He was younger to her by nine years. A wisp of a boy. But he grew. Grew tall and handsome. With his own brand of style, humour and defiance he was out of home more often than not. Trekking, jungle adventure, and bungee jumping occupied his time and if that were not enough it was infernal rock band. What time was left he spent at his house – in his room with earphones on. The only all met was at the dinner table – only when all of them were there to have dinner. The only way to keep abreast was to see the boogie board on the refrigerator or check the plethora of post its on the TV.

“Mom, I would like you to meet him this Saturday” – she said. Oh! Well – she has grown. She really wants to go ahead? – Okay. He was tired. The last three months were hectic. It was all over. They came in droves. Making lists, calling people, friends, relations, vendors, cabs – thank god it is all over. “The Hendersons will all be there. Late of Pablo Fanques Fair, what a scene!” was the lyric that went through his mind. All was back to calm and quiet.

“Appa, me and three friends of mine are into this group. We have started this new band. We are going to Mumbai.” “Are you sure?” – “Yes, if it does not work out, we will see.” Then he was gone. The last thing he heard from him was over the phone to someone – “we can work it out!”. He beetled his way to the door and that was that.

She was well settled at Jumritalaya. He occasionally appeared on the MTV. He was all alone. Who would have expected it? Two years of visiting one doctor or the other. He really hoped to get afflicted by Alzheimer’s. At least he would not remember a thing. Christmas had no meaning for him. “Silent night” to him, meant altogether something different. He pottered around. Freedom once again. Just like the one he had nearly sixty years ago. This time however he did not look forward to it . Soon he was a memory just like S&G’s most peculiar man.