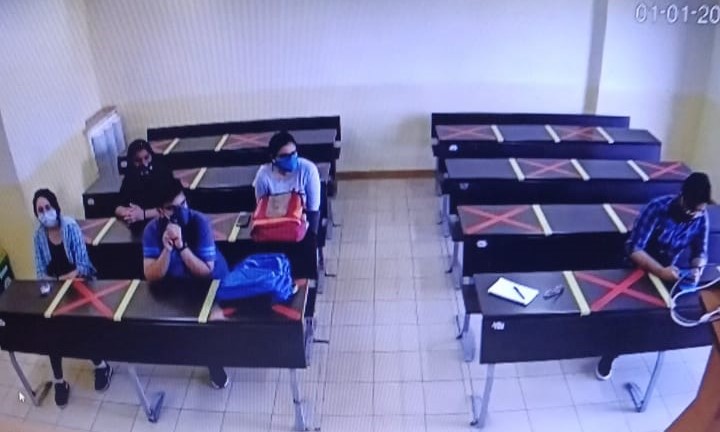 On March 24, 2020, the nation was brought down to its knees as citizens nationwide went under lockdown. A reset button for nature and a golden opportunity for retrospection. The thought of taking life for granted was shot out of their minds. A realization of efforts put up by the working class to sustain and achieve a grave milestone of deaths all over the globe, sending a shiver down the spine. Adjusting to technological alternatives for gaining education was an ‘easier said than done’ task for the young minds.

2021 carried the shaft of light to a new normal era. Among the flooding mails for assignments, submissions, and exam instructions, came one that broadened the smile behind the masks. NIIT University was all set to welcome students back into the campus starting from 7th February 2021 onwards. Students were divided into groups and a specific date of return was allocated to each group. Soon after, they were back to their rooms, which they were once forced to leave.  On the other hand, the freshman batch arriving on 25th February and 7th March for NCR and Non-NCR students respectively were finally going to live a dream that was completed virtually.

The faces seen over a thousand times on zoom and google meets were now going to be a daily sight. Clothes, accessories, electronics, and stationery, there was not one aspect that should be missed, it was a never-ending lecture coming from the hearts of moms. While the fathers focussed purely on how to lead a life with respect in heart for peers, seniors, and faculty. A sense of responsibility was back on the shoulders but the excitement overshadowed everything that came in its way.

With flights, trains, and long drives from across the nation, there everyone stood to start the life they were told to cherish. But they still could not dodge the protocols that everyone promised to abide by. RT-PCR tests were collected, luggages were sanitized, and the paperwork for registration was finally completed. Strict objectives were set by the guards that ensured nothing was left unaccomplished. From having lunch in the mess to simply moving inside the academic blocks, there were proper crosses and indicators to direct everyone safely.  Getting a feeling of hotel suits,  meals were served and regular cleaning of rooms was provided. Understanding the urge of students to move about and the importance of exercise, two-time slots were allotted for each student. A morning session, from  7 am to 8 am and an evening session either from 4 pm to 5 pm or 5 pm to 6 pm, for running, walking, or any form of exercise.

On the 8th day after arrival, each student had to go through an RT-PCR test, and fortunately, each one tested negative except one student who arrived on 28th February 2021 and was ‘Positive’ after his repeat Test, thus officially becoming the ‘First Corona Positive’ case of the Campus, on the 361st day since closing last year.  He is now in isolation with a team of medical experts for his care and is reported to be in good health.

Tuck shop, juice shop, Nescafé, and HOD are again allowed to have the privilege of serving the students and faculty. Offline classes have been started for a 3-dimensional experience with an odd-even system. Not more than 30 students can be in the same classroom and each alternative lecture session for a subject can be attended online from rooms. Moreover, following up the NIIT University tradition, morning activities have been arranged for the students out of the self-quarantine period with them divided into groups to experience what they missed during virtual resonance. Enthusiasm and sporting spirit are clearly reflected in each student. The heart and soul of the university, the cultural fests, Ingenuity and TEDx preparations have been kick-started by respective teams. The positive vibe is now radiant within the campus and seems promising as it always did. 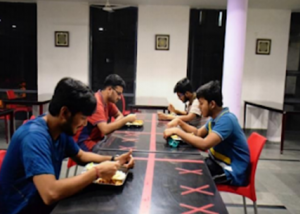 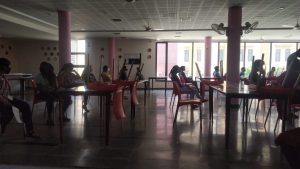 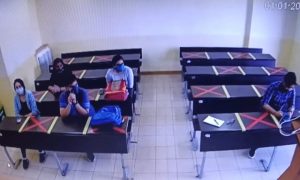