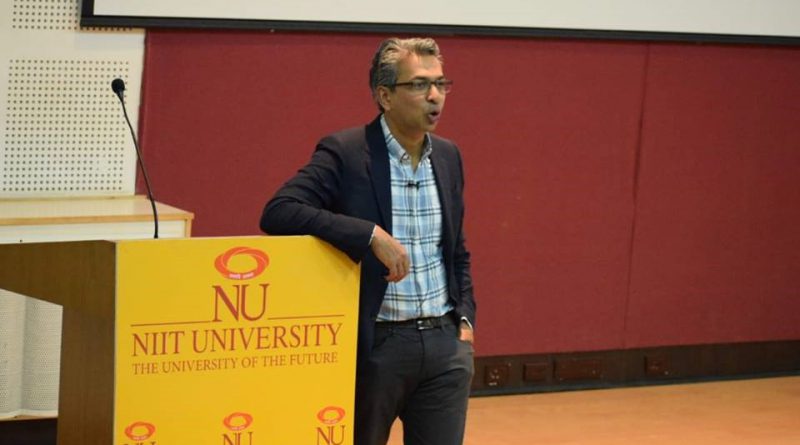 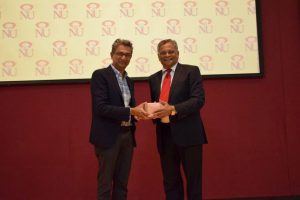 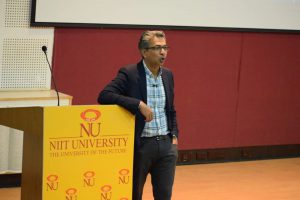 Mr. Rajan Anandan, MD, Google India & Southeast Asia and VP, Sales & Ops, Google India & Southeast Asia, Alphabet Inc., visited NIIT University on 23rd August 2018. During his interaction with the students, he emphasized to ponder upon the scenario 20 years from now as to how the internet will connect millions of Indians during this time period. He also reflected upon the advent of Jio which has changed the slow-moving graph of internet development among the middle-class Indians. He shared Google’s current approach to get the people connected by internet. The engaging session ended with a pool of thoughtful questions by the students present in the auditorium, thereby extracting the best of the wisdom and knowledge out of Mr. Anandan.